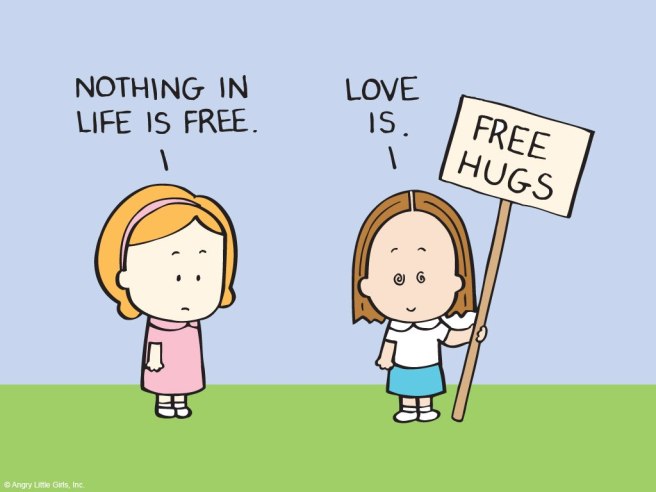 I joined KDP Select in April, deciding to try my hand at this exclusive club so I could take advantage of the perks of the program. The downside with KDP Select is that you can only publish your eBook on Amazon/Kindle. But the upside is that you can offer your book for free for a total of 5 days during the three month contract.

Why would you want to offer your blood, sweat, and tears in electronic form for free?  Simple – to further the buzz of your book, get it into more people’s hands, and hopefully entice reviews and further sales.

The first time I held a free promotion for A Symphony of Cicadas, I offered it up for free for three days. In those three days, I managed to give away 228 copies of my eBook.

Admittedly, I was disappointed. I was more than disappointed. Three free days, and that was all? I kept hearing from other authors who were giving away thousands of copies of their book. And I was practically pulling teeth to give mine away. It hardly seemed worth it, being locked into this exclusive contract for a full three months with nothing showing for it.

My contract expires this month, and I had two more days to give my book away. So I used them up on May 31 to June 1. This time, however, the results were totally different. The total —> 1,350 free downloads.

So what did I do different?

1. I promoted the EFF out of my free promotion.
Here is a link you’re going to want to bookmark: authormarketingclub.com. This was the main website I went to in order to get the word out that I was offering my book for free. They have a page that lists 22 different places to market your promotion. Most of them require at least a week’s notice, though a few only accept submissions that are currently for free.

2. I tweaked my genre.
I was once listed in Women’s Literature. Not only was this the wrong fit (I would hate for my book to be listed as Chick Lit), but my book was lost in a sea of other Chick Lit books. Instead, I moved it over to Fantasy/Metaphysical – where I think it belongs. And there are less books to compete with in this genre. The whole time my book was free, it stayed at the NUMBER ONE spot – giving it tons more exposure.

3. I changed my book’s description.
When I first published my book, I kept one major plot twist secret from my description. Thing is, this plot twist happens at the end of Chapter Two, and sets the tone for the rest of the novel. By keeping it secret, I was not only limited in what I could say about the story, I was depriving readers from knowing WHY they needed to read this book. I actually thought people would just want to read the book, and then be surprised by what happened. That might have worked had I been Stephen King or Neil Gaiman, but not if I’m an unknown indie author. So I altered the description so you knew exactly what you were in for.  You guys, the main character dies at the end of Chapter Two, and she spends the rest of the book figuring things out in the afterlife. Keeping that out, it’s just an ordinary book.

4. I had more reviews.
Back then, I think I had only 2 or 3 reviews. This time, I had 12 – most of them 4-5 stars. Before you give your book away, lobby everyone you know to give a review.  Give your book to friends or fans in exchange for a review.  Do anything you can to get others to leave remarks on your Amazon page. Trust me, those are the very first thing anyone reads before deciding whether this book deserves space on their Kindle.

The first day of my promotion, I managed to give away 1,120 books. It was exciting to refresh the page every couple of minutes and see it go up. At one point, I was giving away a book per minute. It was crazy!  But then it tapered down. The second day I gave away 230 books (still more than all three days of my first promotion).  I think that might be because all the places I had marketed to only promoted me on the first day, but not on the second.  It could also be because the second day landed on a Saturday, and most people are out doing something fun on the weekends instead of searching for free downloads for their Kindle.

Could I have done more? Sure. The one things I might have done was to change my eBook thumbnail to make it pop even more against all the other books. I love my cover, but at a smaller scale it’s hard to read the print. There’s nothing wrong with tweaking the cover a little – even if it isn’t exactly the same as the print copy.

In the end, I am still done with the KDP Select program. I hate that Nook users can’t download my book.  And it just feels wrong to be so exclusive. When my contract expires at the end of this month, I’m not renewing.

Anyone else have success stories with the KDP Select program? What were your “tricks”?

This month marks 8 years as a published author, and it all started with my first book, A Symphony of Cicadas, and its companion novel Forever Thirteen. All my stories are special to me for different reasons, but these two will always be close to my heart.
Last weekend, my husband and I enjoyed a getaway in Joshua Tree. The inspiration was for research for my next novel, but it didn't hurt that it was just the two of us, camping out under the stars. Here are a few photos from our trip, just so you can see how gorgeous it all was. (Expect more photos plus a blog entry sometime soon, because I have stories!) #joshuatree #joshuatreenationalpark
Oh, hello gorgeous day. Not pictured are the goose poop bombs I dodged on the way to taking this shot.
I guess journaling time is over. 🐱 👑
Happy Valentine’s Day! I don’t write a lot of poetry, but this one I’ve always loved. You can find it in my little known book, Everything I Am Not Saying.
Early morning hike. Worth it. 🌞