It was a month ago when I tossed out almost everything I had written in “Forever Thirteen,” the sequel to my first novel, “A Symphony of Cicadas”. Nothing had been working, I couldn’t connect with my characters, and the storyline was heading down a dark path of the afterlife that made the story more sinister than beautiful.

That was not the direction I wanted to go in.

“A Symphony of Cicadas” was, underneath it all, a story of hope. If anything, the sequel should hang on to the hope and run with it. So I cut more than 12,000 words and started over.

The first book told of Rachel and Joey dying in a car crash and being sent to the afterlife. Joey was never found again, and the story focused on Rachel’s journey. “Forever Thirteen” will follow where Joey was. So the first thing I did was to think about Joey and his reality of dying at thirteen years old. And I thought about what life was like when I was thirteen.

I took one of my memories of being thirteen and I played with the details. What if Joey went through something similar? I placed him in the scenario, and I gave him a friend. Suddenly, things started taking shape. Joey and this friend started talking, and out of the blue, new characters began showing up – characters I hadn’t even planned for! Soon, things were just happening in the book and I was merely writing them down as they occurred. It was like the characters said, “We’ll take it from here,” before they hijacked the storyline. I tossed any form of timeline – the one that kept me chained to my own ideas for the novel – and I started to just write freely. 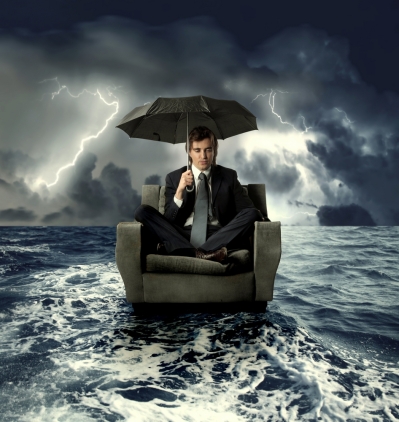 It’s every writer’s goal to reach that point when the story is just happening without them molding it a certain way. But to get to that point, it takes a little bit of strategy. For me, it was putting my characters in a scenario and then letting them work it out. Get your characters talking, and then just listen to what they come up with. Take notes on what they’re saying – it might lead to a rabbit trail you can use later in the story. And besides that, it’s guaranteed that anything they come up with will be much more interesting than what you had originally planned out.

At any rate, I have more than made up the lost words from my first attempt at “Forever Thirteen”. And the storyline is touching on that same hope that existed in “A Symphony of Cicadas”. I can see glimpses of where the story is heading, but I’m letting go of all expectations as I write.

In the book, “On Writing,” Stephen King mentioned how writing fiction was like rowing the Atlantic in a bathtub. I’m still slogging along in my own little porcelain vessel. I can’t quite see my destination yet, but the journey is proving to be quite an adventure.

Crissi Langwell is the author of fantasy novel “A Symphony of Cicadas” and single-parenting memoir “Golf Balls, Eight Year Olds & Dual Paned Windows“. Follow her on Facebook and Twitter.

2 thoughts on “Let your characters hijack the storyline”