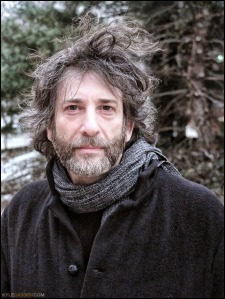 Right now, I’m reading the 10th anniversary edition of American Gods, by Neil Gaiman, and I can’t believe it’s taken me this long to read it! This is the 3rd Gaiman book I’ve read—Neverwhere and Ocean at the End of the Lane being the others—and our family’s bookshelves hold a few more titles for me to dig into once I’m done with this one (and it’s a long book, so it will be a while). I’ve also watched Coraline or Stardust as movies before I realized they were Gaiman stories.

One of the things I love about Neil Gaiman is that he keeps a journal at his blog, and he’s pretty candid in it. There, he dismisses the fact that he’s some big named author, and he talks directly to his audience, and his audience talks back. There are no walls between his audience and him, which is pretty admirable for someone of his status. 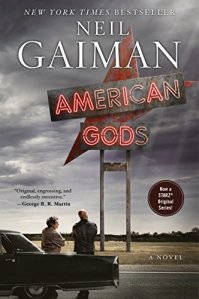 Back when he wrote American Gods, he journaled the publishing process as he went through it. What makes this the most interesting is that he still hadn’t reached global acclaim as an author. He’d had a few literary successes, but none of it compared to the success he was about to see with American Gods. These blog entries still exist on his blog, showing an inside look at what was going through his mind in those early days.

This is what I love about this blog, and what I try to do here—kind of. I’m no Neil Gaiman (I’d love to be half the writer he is), but I’d like to think that this blog will one day be a record of what it was like before I was a successful bestselling author, and then continue to be a gateway between me and readers. Admittedly, I find it hard to write here when I’m in the middle of a book project, which is why there is a lot of space between entries. Gaiman mentioned in his own blog that he didn’t start publicly journaling about American Gods until he was into the publishing process because most of his entries would go back and forth between “This is the best thing I’ve ever written” to “This is pure and utter crap.”

And ain’t that the truth?

I keep a personal journal so that I don’t have to subject any of you to my schizophrenic way of thinking about my books. Right now, I’m in the editing phase of book 2 of The Road to Hope series, and I’m really struggling with it. My journal is filled with the same kind of sentiments in my book that Gaiman mentions—thinking it’s both brilliant and terrible, sometimes in the same journal entries.

But that’s the reality of being an author. These books are both brilliant and terrible. As Gaiman said (quoting the poet and author Randall Jarrel), “a novel can best be defined as a long piece of prose with something wrong with it.” There are hopes and dreams we have for these books before and during the writing process, and often we just can’t realize all of those hopes and dreams in the final product.

So I’ll keep chugging along with editing book 2, and then I’ll move on to book 3. And along the way I’ll continue reading brilliant authors like Neil Gaiman so that I’ll be inspired to always strive to be a better writer.

P.S. Do you want a sneak peek at the covers of the next to books in The Road to Hope series? Click here.

Crissi Langwell writes romance, women's fiction, young adult novels, and more. Her passion is the story of the underdog, and her stories include ones of determined heroines, family issues, free spirits and more. Beyond writing, Crissi is an avid bookworm, loves to meditate, and has tiny muscles from weight lifting. You have to look closely. She pulls her inspiration from the ocean, and breathes freely among redwoods. Crissi and her husband are both Northern California authors with day jobs. Currently they are kicking their kids out the nest (2 down, 1 to go!), and can't help spoiling their beautiful, bratty Maine Coon cat. View all posts by Crissi Langwell

Something new. ♾
My dad and me. ♥️
I’m lucky to have two dads in my life who take being a father seriously…but not too seriously. I love you @shawnlangwell and dad! Happy Fathers Day!
Today on the blog, I shared my Joy List. My spirit band Bon Iver made the list, and so did my spirit animal Cleo. 🌸 What’s on YOUR list? 🌸 You’ll have to read my blog to see what else made my list, and also discover the latest ridiculous way I’ve spoiled my princess cat. ✨Link in profile✨
Now that the cicadas are waking from their 17-year nap, it’s a good time to read A Symphony of Cicadas. This novel takes place in the space between life and death, following the afterlife journey of Rachel who’s forced to let go of everyone she loved, including her fiancé John. As for the cicadas, well, I hear they taste good barbecued. They’re also less annoying in this novel than they are in real life.
Friendly advice to a lot of young woman, and a lot of old women, too (a poem in the style of Bukowski)