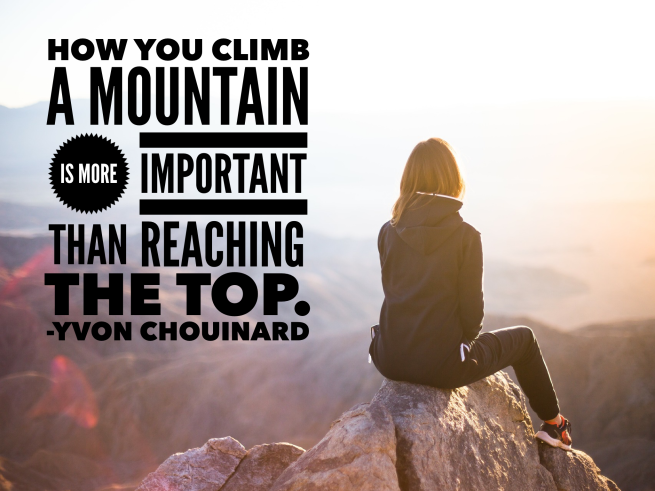 Every new year, I dedicate that year to a specific word that will shape the next 365 days and hopefully take me further in my improvement journey. I always pray and meditate on this word, waiting on God to reveal the things in my life that need my attention and the theme that will guide me throughout the next year. At the end of each year, I’m amazed at how perfect that word really was, and how much it’s transformed my life.

Here’s a recap of the words I’ve chosen since I started recording them here:

And then there was my 2018 word of the year: Confidence

To say this year has been transformational is an understatement. The goal of 2018 was to not only be confident in who I am, but WHOSE I am. It was to build myself up, because at the end of 2017, I was a complete shell of who I was supposed to be.

However, it’s hard to talk about my 2018 word without recapping the past year’s words. So let’s take a look back.

In 2015, my word intention was meant to ensure every action I made was intentional. What ended up happening was a mini crisis of the soul, leading me to a soul retreat in August of that year, which then led me to writing Reclaim Your Creative Soul—a book I published the following year that not only described ways to make creativity a priority in your life, but also explained the ways we block our own creativity and how to break through those blocks. Not only that, but the month before I wrote Reclaim Your Creative Soul, I live-wrote my Peter Pan prequel book, Loving the Wind, releasing chapters after writing each one. This was one of my favorite books I ever wrote, as it practically wrote itself. I ended 2015 with one published book (Come Here, Cupcake), two more books written (Loving the Wind and Creative Soul), and a feeling that my year of intention was a success.

In 2016, my word of the year was perseverance. I was riding high off of my 2015 accomplishments and was ready to continue the momentum. I mapped out each month of the year with lofty goals, and then tacked it to my wall so I could stay the course. What was supposed to be motivational ended up being incredibly stressful. By that summer, the list was gone, and I chose to go at a slower rate. Ha. My slower rate meant that I added college to my already packed life, and I ended the year with two more books written back to back—the 2nd and 3rd books of my Hope series. At the time, I reached a breaking point at my job where I knew I’d have another nervous breakdown (related to my 2015 crisis of the soul) if I didn’t find a new place to work. I’d always felt like I was stuck where I was, lucky to even have a job, because I didn’t have a college degree. I figured I had a handle on my life structure—I mean, I laid it all out in Creative Soul. I was an expert on this! And so, adding college courses was a piece of cake. I could totally succeed as a student while also juggling family life, a full time job, volunteer work, and writing books.

I ended 2016 with two more published books (the ones I wrote in 2015), two more books written (Hope at the Crossroads and Hope for the Broken Girl), an A in the two classes I took, and the worst flu of my life, possibly brought on by sheer exhaustion. Yeah, I persevered, but I ran myself ragged doing it.

In 2017, my word of the year was faith. While 2016 had been a success, I also realized I was trying to do everything on my own. I was also reeling from the 2016 election and was just feeling completely dejected over the direction our country was taking. And so I started the year with a 7 day fast. I was already super sick and my appetite wasn’t there. Still, surviving on just juiced vegetables was an incredible experience. Once I got past the hunger, I felt surreal. My body buzzed with a different kind of energy, and my mind was clearer than it had ever been. I spent those 7 days in deep prayer and meditation, and ended it with excited anticipation over the faith journey I was embarking on. It went fairly well until the last quarter of the year, when Santa Rosa was struck by the devastating Tubbs fire, and I watched my hometown burn. I still worked at the newspaper (remember that job I’d been trying to leave?), and I poured myself into my work. For two weeks, my job made sense. College classes were cancelled during this time, and I dedicated all of my energy into my job, working overtime and focusing on all fire-related aspects. I was all in, along with my colleagues. And when those two weeks, I crashed. The reality of the devastation was all around those of us who lived there. Everyone knew someone who lost their home. A whole portion of our town was missing. Dozens of people had died, and their stories were devastating. The adrenaline that had fueled me was gone, and I was left with a sense of survivor’s guilt and an overwhelming feeling that I hadn’t done nearly anything to help those who had lost so much. I still had my home. So many people didn’t.

To make things worse, I’d been planning on launching the 2nd and 3rd books in my Hope series around this same time. I held off a few weeks, releasing Hope for the Broken Girl at the end of October, but didn’t celebrate its release one bit. It was largely ignored because I just couldn’t bring myself to market it when my whole town was in charred ruins. I chose to wait until 2017 to publish the 3rd book, and I felt miserable that a book I’d been so excited about in 2016 was released in such a pathetic manner. Honestly, I should have waited much longer to publish.

As if that wasn’t bad enough, I chose to write another book right after the fires. I thought it would be therapeutic to write after so much letdown. I was wrong. I’d chosen to write the sequel to Come Here, Cupcake, an adorable book that was different from every genre I’d ever written, and one I had been struggling with for years in coming up with a decent sequel. This was NOT the book to write at this time. The end result was a horrible rough draft and an intensified feeling of failure. I was coming apart at the seams. With this added pressure I’d placed on myself, along with college courses, a job I hated, and a tanking author career, I finally reached my breaking point.

Which brings me to my 2018 word of the year, CONFIDENCE.