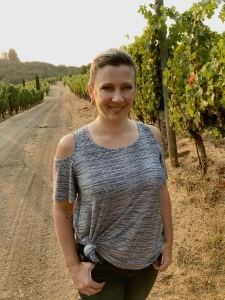 Thank you so much for visiting my site! If you’re new here, I’m an author of books that include genres like romantic suspense, women’s fiction, young adult, magical realism, and more.

Below you’ll find short descriptions to all of my currently published books, along with a sneak peek at any books that are coming soon. To learn more about these books and where to find them, be sure to click the links. If you’d like to be informed of any breaking news or upcoming events, be sure to sign up for my newsletter. And if you just want to send me a note, write me at crissi@crissilangwell.com.

P.S. Are you a Kindle Unlimited subscriber? See which books you can read for free here.

In 2050, technology has advanced so that people know the cause and exact date of their natural death. In their final 100 days, Noelle and Ryder fall head first in an unexpected, end-of-life romance with each other. But when they uncover a secret about the numbers, they’re thrown into a fight for their lives and a battle to save the world.

Read more about Numbered and where you can find it.

The Road to Hope (Book 1): Jill Johnson loses her toddler son to an unexpected accident. Maddie Russo is a teen mother on the run, rejected by her parents and left to fend for herself. Both Jill and Maddie have been handed a life neither was prepared for. But through one shared moment in time, both are about to change the other’s life. The Road to Hope shares a story of overcoming tragedy and making things new with the pieces of a broken life.

Hope at the Crossroads (Book 2): No longer homeless, Maddie is ready for a promising future. Her new family loves and supports her as a single mother, college is on the horizon, and with a brand new relationship, this summer is sure to be the start of something wonderful. But when a face from her past comes back into her life, Maddie has some decisions to make—and her choice will change everything.

***Rated R. This series contains scenes that include death, language, sex, and violence.

All Tiger Lily wants is to be a warrior and serve as one of the protectors of her people. But there are rules in the Miakoda tribe of Neverland. Girls aren’t allowed to fight or hunt, and princesses are to remain free of danger. However, when pirates threaten her tribe, Tiger Lily is cast in the very center of peril and uncertainty. But it isn’t until she finds herself face to face with the legendary Peter Pan that her true adventure begins.

CLICK here to read more about Loving the Wind: The Story of Tiger Lily & Peter Pan

If you’re a writer, artist, or musician with a full-time job or young family, you know how hard it is to find time for the creative side of your life. Through tips on organizing your creative space, budgeting your money, getting in touch with your spiritual side, and more, this book promises to help you find time for your craft—even if you can’t quit your day job.

CLICK to read more about Reclaim Your Creative Soul.

A Symphony of Cicadas

Rachel Ashby is on the other side of life, looking in. Her fiance is trying to live without her, and failing. Both are left clinging to a path that no longer exists, blind to the bridges they’re burning along the way.

A Symphony of Cicadas shares the surreal story of two worlds held together by the fragile strings of love, the grief in letting go, and the spiritual journey on the road towards healing.

Read more about A Symphony of Cicadas and where you can find it. 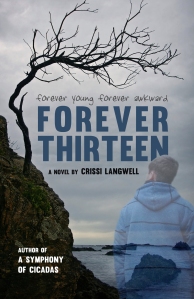 What would you do if you died before you could ever really experience life?

After a terrible car accident with his mother, 13-year-old Joey is stuck in the afterlife, just like he is wedged forever at the awkward place between childhood and teenager. That fact alone seems overwhelming as he mourns the life he lost. But it’s the utter despair of his best friend left on earth that pulls him in and gives his in-between life a purpose to have died for.

Forever Thirteen is the follow-up novel to A Symphony of Cicadas.

Read more about Forever Thirteen and where you can find it.

There are four things to know about Morgan Truly.

“It was two lifetimes ago when I left my husband, the father of my children. The next lifetime was spent recovering from the aftermath. But it wasn’t until after that first year – when I woke up into my third lifetime – when I realized I could actually survive being a single mother.”

And so begins the book of stories from our single-parent family.

Read more about Golf Balls, Eight Year Olds & Dual Paned Windows, and where you can find it.

Everything I Am Not Saying

Before Crissi Langwell wrote fiction, she needed to find a way to create prose in her storytelling. Through poetry, she found it. These verses travel through emotions of love, heartache, joy, and despair. Some of the poems are true, many were poems wished to be true. And all of them are words that led to love, brand new worlds, and stories that needed to be told.

These are the poems that helped the ink start flowing.

Read more about Everything I Am Not Saying, and where you can find it.

When new owners buy his apartment and raise the rent, Neal Collins, a librarian by day and turtle trainer by night, is forced to give up his beloved pets and move. Searching for something new to give him hope, he answers the personal ad of someone looking for an animal lover and travel enthusiast who wants an adventure. But instead of finding love, Neal finds himself on an epic scavenger hunt across the world with a team of misfits, and the prize could solve all his problems. But first he must survive the game.

Harley never expected to become the savior of the world. She’s just a girl with a broken heart and a whole lot of regrets. So when creation turns on humanity, threatening to end all of mankind, Harley volunteers as the sacrifice, offering her disappointing life to save everyone else. Instead of facing death, however, she’s left to relive some of the hardest moments of her life, but with a twist—she can change one thing to make it better. With the power to alter her past, Harley can now right one of her wrongs and make life better for those she left behind, as well as alleviate the pain she’s carried for years. But first she must face the moments she’d rather forget, hoping whatever change she makes won’t actually make things worse.

In Come Here, Cupcake, the first book in the Dessert for Dinner series, Morgan Truly discovers her magical baking abilities, a dark secret from her past, and the truth about her mother’s memory loss. Coming soon, find out the rest of the story as Morgan fights to recover her mother’s memory, along with side stories from some of your favorite characters.